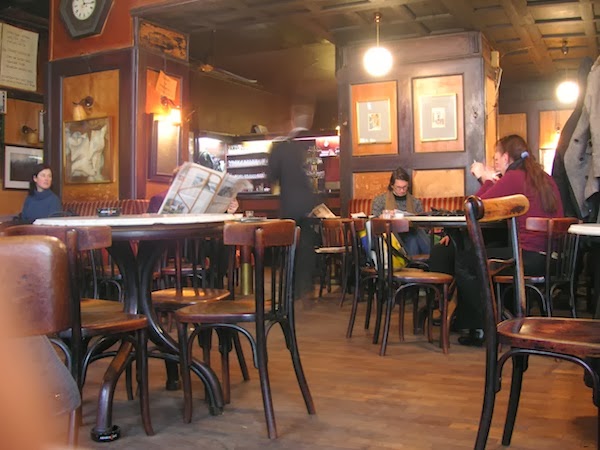 Before 2013 is a distant memory, I want to rescue an item from the 22 February 2013 issue of the  Times Literary Supplement(pp. 7-8) that made interesting mention of Morris. The article in question might have been passed over by many Morrisians, for it was Edward Timms’s review of Wer Einmal War: Das jüdische Grossbürgertum Wiens 1800-1938 by Georg Gaugusch, a fascinating reference work on the affluent Jewish families of Vienna prior to World War II. Timms points out that whereas clubs were the crucial meeting place for nineteenth-century intellectuals and influential writers in London, the meetings of artists and intellectuals took place in Vienna in the more egalitarian environment of coffee houses. And he adds the following:

“It was around those coffeehouse tables that the two most successful artistic enterprises of turn-of-the-century Vienna were created. Early in 1903, the architect Josef Hoffmann was sitting with the designer Koloman Moser in the Cafe Hermannshof opposite the Opera, discussing the creation of applied arts workshops similar to those of the English Arts and Crafts movement. There they were joined by Felix Wärndorfer, a Jewish businessman with a passion for the work of William Morris. When he heard about their project he reportedly slapped 500 kronen down on the table – and the Wiener Werkstätte was born. It proved so successful that in its heyday it had retail outlets in Berlin and New York, as well as Vienna” (p. 8).

So as we begin 2014, we can think appreciatively of Morris’s connection to Jewish Vienna at the beginning of the twentieth century, of his global reach, and of Morris’s essential role in the founding of the  Wiener Werkstätte, which in manufacturing furniture, household items, jewellery and so on represented a twentieth-century afterlife of Morris and Co.

(Image courtesy of the Wikimedia Commons)