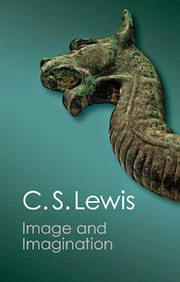 Hooper’s collection contains one previously unpublished essay by Lewis, and forty book reviews which are reprinted here for the first time since their initial publication. Among these is an interesting review of Dorothy Hoare’s The Works of Morris and Yeats in Relation to Early Saga Literature.

In the original review, Lewis leaves the Yeats portion of Hoare’s work aside, and devotes the vast majority of his three columns of text to a robust defense of Morris. He understands that Hoare prefers the medieval texts to either Morris’s or Yeats’s interpretations of them, but he disagrees with her assessment of Morris.

“Of Mr. Yeats posterity will judge. Of Morris we can say only that Miss Hoare should read him again, with less submission to a narrow theory of literature. His real theme is very difficult to describe, but it is ‘actual’ enough. … From the whole atmosphere of each tale arises our awareness that something which has made the vast unnoticed background to much of our experience is at last being given expression…”

Reviewing the collection in April 2014, Shippey delights in the rather obscure barbed remark at the end of Lewis’s review. Lewis ends with the simple comment that readers would perhaps be misled by Hoare’s interpretation of “Morris’s ‘they tilted over a wain’ (for Ϸeir tjölduϷu vagu) as ‘a kind of leisurely wrestling’”.

After pointing out that the editor may have introduced a typographical error here—it’s vagn not vagu—Shippey goes on to explain the remark. Both the Icelandic words and Morris’s more obscure translation mean “they put a tent up over the cart”. (p. 12). Hoare was far off the mark there, and so Lewis implies with a closing flourish, perhaps she had been far off the mark altogether.