“When the auctioneer’s hammer landed on our high bid, I ducked out into the lobby and did what was probably a very grotesque dance. I really couldn’t believe we were successful”

-Steven Galbraith, Curator at the Cary Collection at RIT 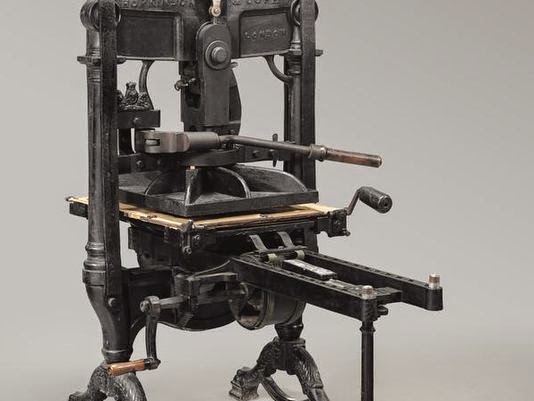 In December of 2013, the press used by William Morris at his famous Kelmscott Press—and later used at the Goudy Press—went under the hammer at Christie’s. The winner was anonymous at first, but then it emerged that the press would be going to the respected Cary GraphicArts Collection at the Rochester Institute of Technology. Since settling into its new home at RIT, the Kelmscott/Goudy Press (K-G Press) has been restored by associate curator Amelia Hugill-Fontaneland put to use again.

One of its first projects was our broadside, featuring an original portrait of Morris. This month we had short conversations with Steven Galbraith, the Curator of the Cary Collection; Amelia Hugill-Fontanel, the Associate Curator who restored the press; and Steven Lee-Davis, the artist who designed and printed our broadside on the press, about what it was like to obtain and work with this glorious historical press. Today we’ll start with Steven Galbraith: watch this space as the story of the K-G press unfolds.
Part I, Giving the Press a Home: Steven Galbraith, Curator of the Cary Collection, RIT
What was it like to procure this famous press? Was the process difficult? Exciting?
The Kelmscott/Goudy printing press had been on the Cary Collection’s wish list for some time, but we were taken by surprise to learn that it was going to be auctioned. Time was tight, but fortunately we found a donor to be our sponsor. Without his support we likely wouldn’t have had a chance.
The auction was actually pretty stressful! The press was lot number 156. I arrived with our bidding agent, Phil Salmon, around lot 80. Although the Christie’s auctioneers keep things moving on a tight schedule, the pace of auctioning the next 75 items seemed unbelievable slow. It was like a build up of suspense. When it came time to bid on the Kelmscott/Goudy press, the pace seemed to pick up considerably. It was almost dizzying. When the auctioneer’s hammer landed on our high bid, I ducked out into the lobby and did what was probably a very grotesque dance. I really couldn’t believe we were successful.
How does the press fit into the broader collection there?
After our acquisition of the press was announced, we received so many messages of support and congratulations. It was wonderful. My colleagues and I felt strongly that RIT was the right home for the press, but to receive affirmation from printers, artists, and historians just confirmed it in the nicest way.
I think the Cary Collection offers the perfect home for the Kelmscott/Goudy press. We are a special collections library with a focus on the history of printing. More specifically, we have strong collections relating to the former owners of the press, including Frederic Goudy, who is the topic of 2015 spring exhibition. We also maintain an active pressroom housing over fifteen historical printing presses. So the press is in good company.
RIT more broadly has a long history of teaching printing and graphic design. Distinguished printers, designers, and book artists frequent our campus and the Cary Collection. Our university also offers a unique interdisciplinary environment for the press. For example, over the past year our Associate Curator Amelia Hugill-Fontanel restored the press with help from our Curator Emeritus David Pankow. During this process, they found a few parts that were damaged or, in one instance, missing. Amelia partnered with RIT’s Department of Mechanical Engineering to recast new pieces. In this way, RIT and the Cary Collection have the resources to study, use, and even repair a nineteenth-century printing press.
Finally, having the Kelmscott/Goudy press here at RIT is a homecoming of sorts. The press once belonged to our namesake, Melbert B. Cary Jr. 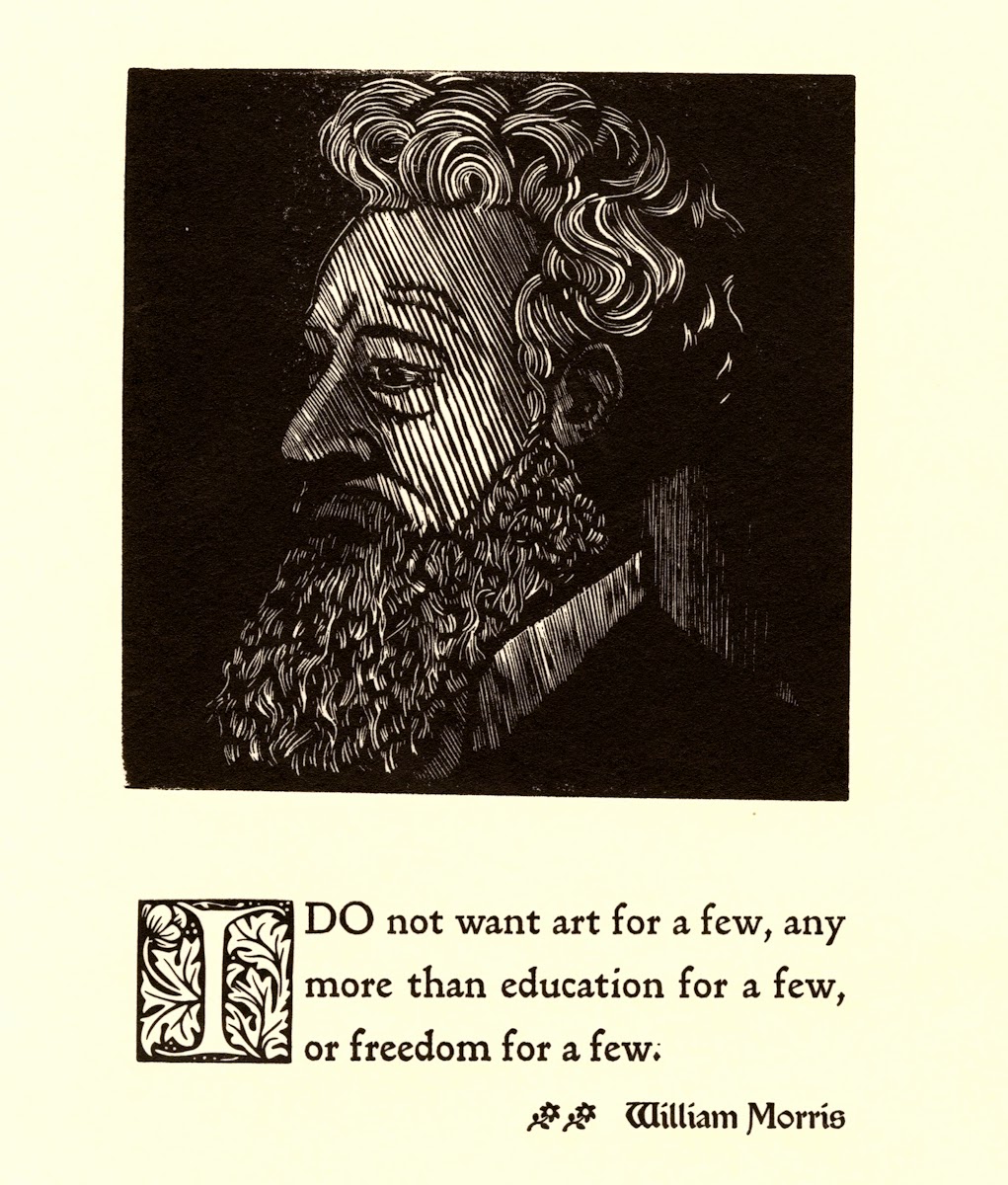 What are your plans for the future of the press?
The Kelmscott/Goudy press has already been included in several RIT classes, and that will continue to grow. Reaching off campus, we also hope to host master printing classes on the press, perhaps beginning this summer. The first broadside we printed on the press was a collaboration between Amelia Hugill-Fontanel and a wood engraver named Steven Lee-Davis, who prepared illustrations of five of the press’s former proprietors. We were very pleased with it. Steven printed a second broadside featuring just the Morris woodcut for the US branch of the William Morris Society.
This coming October 23-24, the Cary Collection will host the 2015 conference of the American Printing History Association. Inspired by the Kelmscott/Goudy press, our theme will be “Printing on the HandPress and Beyond.”