One of the reasons so many of us love William Morris is the ability of his ideas and styles to transcend time and place.  Last year I wrote about the wonderful Arts & Crafts Press located in Tacoma, Washington. This local Tacoma Press embodies the principles of the Arts & Crafts movement, a movement that is well documented in the book by Lawrence Kreisman and Glenn Mason, The Arts and Crafts Movement in the Pacific Northwest (Timber Press, 2007). 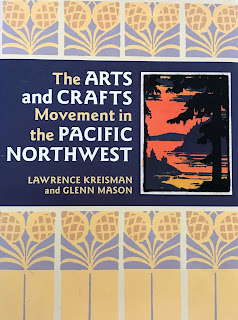 The book provides a comprehensive review of the movement in Washington and Oregon. In the introductory chapter, the authors provide a clue to the origins of the movement in this region: the visit of one leader of the second generation of Arts & Crafts advocates from England, Charles Robert (C.R.) Ashbee, who was inspired and influenced by Morris.   Ashbee visited the Northwest and gave several lectures in 1909 and greatly influenced the evolution of design in this area. 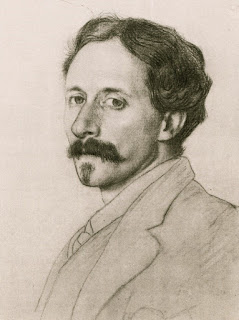 Charles Robert Ashbee was born in 1863 in London, the son of a comfortable London merchant.  He attended King’s College Cambridge from 1883-1886, where he was first exposed to socialism, art, and the writing of John Ruskin.  He worked as an architect (as did Morris) and lived in Toynbee Hall in Whitechapel, a residence set up to encourage students from Oxford and Cambridge Universities to undertake social work in the deprived areas of the East End. It was during this time that Ashbee ran a Ruskin reading class and begin to develop an idea to create a craft school. There is no doubt that Ashbee’s view of craft was a result of his connection with the work of Morris and the Arts & Crafts movement. In March of 1898 Ashbee’s prospering workshops took over the staff and presses of the Kelmscott Press to form the Essex House Press. Ashbee bought the Kelmscott Press’s Albion printing presses after William Morris’s death, and employed one of the Kelmscott compositors, Thomas Binning. In 1902 Ashbee moved his workshop to the picturesque Cotswold village of Chipping Camden.  After the move to the country, the workshop did not prosper despite Ashbee’s dedication to the principles of fair labor and fine craft, and in the autumn of 1907 his workshop closed. Ashbee turned to lectures and spend a great deal of time in the United States.
In January 1909 Ashbee visited Seattle and write in his journal that Seattle was “the only American city I have so far seen in which I would care to live. All the gold of Ophir would not tempt me to live in one of those smug Eastern cities. . . . Here is a city with a new light in her eyes.” It is interesting to ponder how much influence Ashbee might have had on architects, designers and craftsman of the Pacific Northwest.  He joined a host of other prominent members of the Arts & Crafts community in bringing the aesthetics and design of the movement to all parts of the Northwest.  For example, Jud Yoho, a local architect, published The Bungalow Magazine from 1912 – 1918, which no doubt inspired a generation of architects.  The Book Club of Washington reprinted a special edition of one of Yoho’s pattern books in 2007. The pattern book contains photographs, floorplans and brief descriptions of these “dream houses,” as well as estimated construction costs. 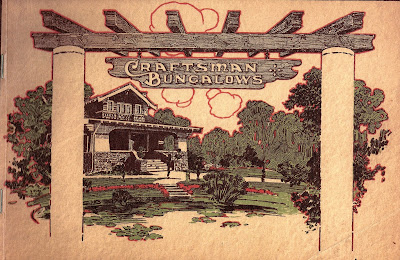 Bungalows are prevalent throughout the Northwest and here in Tacoma, there are an abundance of bungalows in the North End of the city where the University of Puget Sound is located. The City of Tacoma Historic Preservation Department provides an excellent overview of architecture in Tacoma with reference to the “bungalow” or Arts & Crafts style, in a style guide available on the city’s Historic Preservation website.
Not only was Yoho’s magazine a local influence, but so was the work of Greene & Greene from California and Gustav Stickley.  Both of these prominent architects of the period were once again influenced by the enduring legacy of William Morris.
I taught a class a few years ago titled William Morris and His World.  One section in the class dealt with Morris and architecture and students were given the assignment to find their “favorite” North End bungalow.  As one said, once they started looking, they saw Morris’s influence everywhere! Here are two favorites of mine: 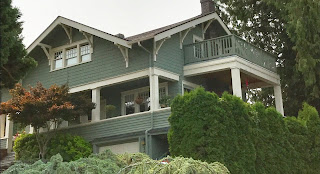 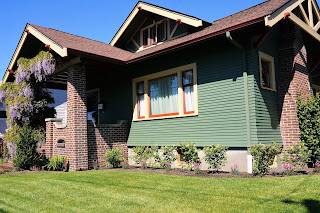 A final point to make about the enduring legacy of William Morris is a story related to the University of Puget Sound.  The University’s President from 1942 to 1973 was R. Franklin Thompson.  Thompson wrote about his experience as President and many of his papers are available on the Collins Library’s Institutional Repository, SoundIdeas.
During his Presidency at Puget Sound, he spearheaded the construction of 37 buildings.  In his history Thompson makes several references to his time as a student at Oxford University.  Almost every building constructed during Thompson’s presidency had some characteristics of Oxford architecture as a part of its design.  In fact, reading through his accounts of his Presidency I was struck by the following statement he made when referring to the design principles of the buildings: “Make them beautiful. Let’s get them so they are not only utilitarian but add beauty to the campus.”
I couldn’t help but think of the famous quote from Morris:  “Have nothing in your houses that you do not know to be useful, or believe to be beautiful.”  I don’t think it is too far of a stretch to say that Thompson, as a young man studying in Oxford in the 1920’s, might have been influenced by Morris.  Indeed, there are additional accounts of his riding his bicycle around the town, where he no doubt passed by St Michael’s Church, Ship Street ,where Morris married Jane Burden. He also writes fondly of his walks along the Isis River.  It is highly likely that he would have visited the Oxford Union and seen the wonderful murals painted by Morris and Rossetti.  And in another passage from his memoirs, he writes specifically about the design of the Collins Library: 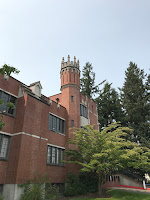 “One night I was thinking about it and I went to sleep and in the middle of the night I suddenly wakened and remembered that as a student at Oxford University I had ridden my bicycle through Magdalen College on many occasions. The interior tower had a very beautiful design and I thought that this would be the kind of design we could use on the tower. I got up and got my book of Oxford, took it to the architect, and he said it would fit perfectly. So the Tower of the Collins Library is a modified copy of the interior tower at Magdalen College.”
When I read this I thought immediately of William Guest, the narrator from News from Nowhere who also wakens from a dream with meaningful revelations about his life.  And so to bring this full circle, I went in search of the Collins Library’s copy of News from Nowhere and to my delight found it was the personal copy of William Perry, Collins Librarian from 1940-1964 and a friend and colleague of Thompson during his years as Puget Sound.  Our copy is a bit worn – but being worn must mean it had been read!  And the medieval inspired bookplate is perfect for this classic text of William Morris. 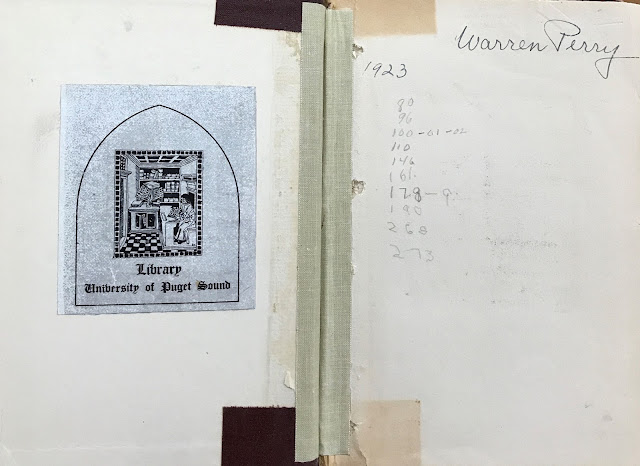 Now I realize it is a stretch of the imagination to say that Thompson and Perry might have engaged in discussions about Morris and the Arts & Crafts movement, but when I walk around campus I can’t help but think this could have happened.  And so to conclude this blog on the enduring legacy of William Morris, I share a final image of the façade of Collins Library.  I see a resemblance to the unique fonts Golden and Troy designed by Morris in the inscription above the door – another example of the Arts & Crafts Movement and the enduring legacy of William Morris.  Indeed, once you start looking, the influence of Morris is everywhere! 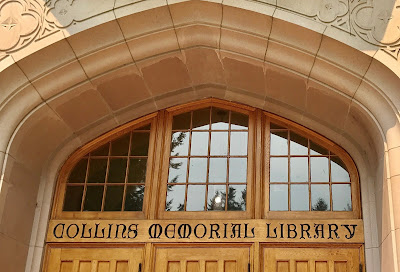